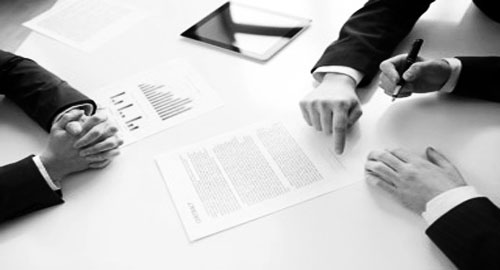 Transactions are increasingly becoming more international. The emphasis on well-thought out commercial agreements between parties varies depending on the jurisdiction. There are various factors at play here: standard practice, statutory requirements, culture and trends. Living in an increasingly globalized world, we would argue that it is very important for commercial arrangements to be documented. Not only does it ensure that both parties think carefully through all the key issues and structure the project in a way that is more likely to guarantee success. As a result of the process they are more likely to invite a professional third party to review the agreement, which can also flag some issues that may have been overlooked and prevent unnecessary waste of resources and disappointment.

Some argue that this process takes too long, and it’s all business between colleagues who know the ropes anyway. In such cases, we would argue that it would be to their benefit and the benefit of the team to have the arrangements documented in order to ensure the sustainability and continuity of the project in the future.

For those that are not as well acquainted in doing business with one another, it is equally a must to document commercial arrangements, once the necessary due diligence has been conducted. First of all it ensures that both parties really understand the terrain and scope of the transactions they are getting involved in, as well as the rights and responsibilities of both parties.

The key issues that need to be addressed in most commercial contracts with regard to the supply of goods or services are: the authoritative language of the contractual terms, Payment, Shipment of Goods, Governing law, Force Majeure, and agreeing on the body that will resolve any issues arising out of the contract (Jurisdiction).

Some may say, “but these are all the clauses we have to deal with when doing work with parties all based in the same country, so what is the difference?”

International contracts clearly have the same objective as more localized contracts, but the complexity and the definition of key terms need to be negotiated and agreed very explicitly due to the varying interpretation of clauses and legal concepts in different jurisdictions.

To agree in writing? A definite, yes from our end.